The City Nileos located at the northern tip of the province of Chalcis, in northern Evia. It takes its name from the river Neleus diareei in the City. Location of the municipality is Saint Anna. It is a magnificent landscape where the green mountain with running water and blue sea meets the most demanding guests.

The beaches of the municipality is very attractive with its natural beauty and crystal bluewaters have on tourism. The vast beach of Agia Anna has different categories of hotelsand guesthouses as well-organized camping, and also rented rooms, which can be found on the beach and the beach Frangakis Kotsikia. 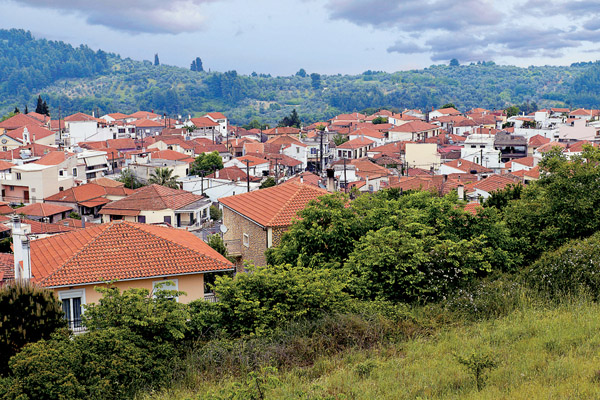 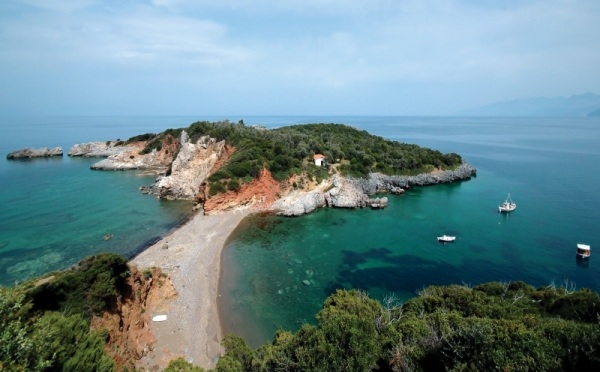 The area acquired its name from the river which flows through. The first settlementsseems built in the 5th century BC. The position of the area helped to identify the earliestships of Algerian pirates. During the Ottoman rule was the richest and largest region.

WHAT YOU CAN VISIT:

Visiting the municipality Nileos can further enrich their knowledge and experiencesthrough: 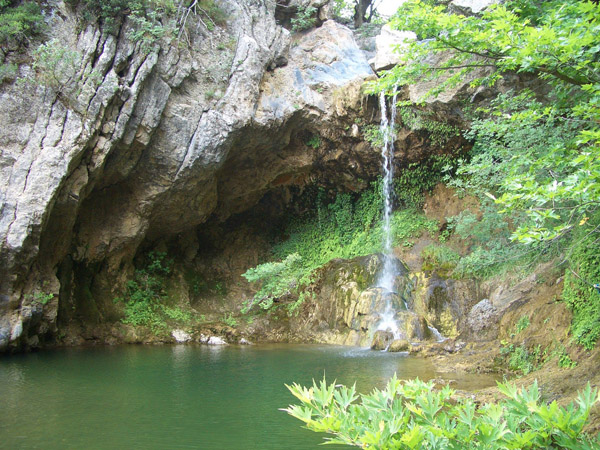 The combination of green mountains with streams of blue sea will satisfy the mostdemanding visitor. More specifically, the beach of Agia Anna with the deep blue waters,is a picturesque village, a tourist resort that can offer all amenities to visitors. Even theforest recreation enthusiasts will love the area.

For lovers of nature proposed distant walks in the woods and even mountain climbing.The sea lovers can enjoy endless hours at the beach doing water sports in crystal-clearwaters.

It is a picturesque village built at an altitude of 150 meters in the lush green hillssurrounded by forests of Aleppo pine. North of Rouda is the mountain with an altitude of347 meters.

The name of the settlement, according to tradition, it comes from the pear tree, as thename suggests, but by the lack of oil felt the first inhabitants of the area came fromLesbos in 1464, who exclaimed "Ah oil!" .

In the Turkish area of Achladioy manor was the Ottoman-Spachis brothers Ahmed andLatif Khanum. Sold after the release of bankers and Apostolos Loukas Sarov Duma in 1835. The Duma gave its share in Sarov. The Sarov was forced to sell the manor to the inhabitants in 1863, after many quarrels and disputes. 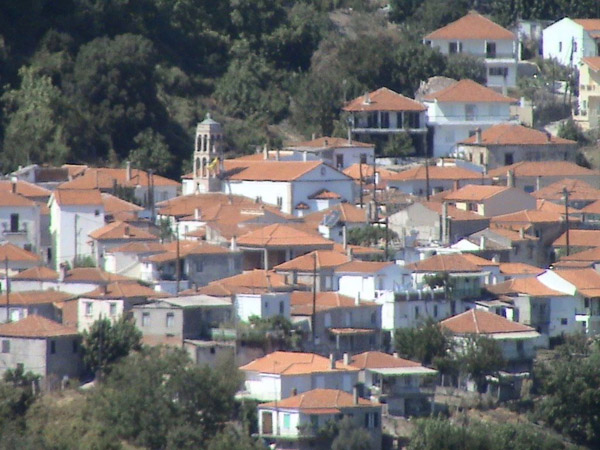 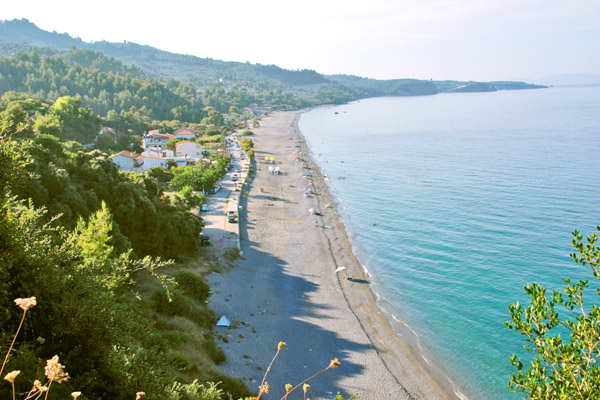 The Frangakis is a coastal village. The beach is long with fine sand, where there are stores to serve guests. Far from the beach, one kilometer, is the beautiful area Prasidi. According to tradition, the name of the village due to the Franks, who landed on the beach for the conquest of the region.

In Prasidi, massacred the inhabitants of the village pears from the Turks in 1823. In the courtyard of the Church of the Assumption is a marble plaque erected to commemorate the massacre.